For Cibola, which tallied a team score of 36,630.1, it was the second year in a row they finished in the top 13 at the state competition. Last year, they became the first YUHSD school in more than a decade to finish in the top 10, when they placed 10th.

“We felt ok about our placement because our goal was to hit 10th like last year,” CHS Academic Decathlon Adviser Dan Zarbock said. “There were many really good teams, and after talking to coaches on Saturday I found that many of us were unsure of how our teams would finish. I'm still very proud of how my team performed, and we were also happy to see any Yuma County teams win awards at any level.”

Hamilton, the host school, repeated as state champions with a score of 44,776.4. Gila Ridge placed 24th and Yuma placed 25th overall out of 40 teams. 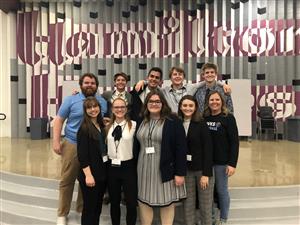