Over the past three seasons, Kofa High School girls soccer has amassed nearly 25 wins and two postseason berths. However, arguably the most impressive accomplishment for the Lady Kings, has been sending 10 players to play at the collegiate level.

“The Kofa soccer program’s goal is to form individuals into young men and women, and to learn fundamental values for the future,” Kofa head coach Santos Rangel said. “When athletes have these values and discipline it makes it easier for them to reach that next level. I am truly proud of the athletes and as a player that came to Kofa, I know it can be done. Our community deserves it and hope to continue on this trend.”

The trend appears to be ascending. The 2017-18 team, which made the Arizona Interscholastic Association’s state playoffs as a No. 12 seed, has claim to five of the 10 players in the above list. Kelsey Ramirez will be a captain at AWC, Maesy Ramirez, who played center-midfield at Kofa, had seven goals and 10 assists last season. Islas recorded eight shutouts in goal in two years under Rangel. And Zendejas and Reyes were both defenders for Kofa the past two seasons.

Rangel said that many of the current Kofa players as well as past athletes bonded on the club level. They get a chance to take on their past teammates next week, when the club team scrimmages AWC on Aug. 14. 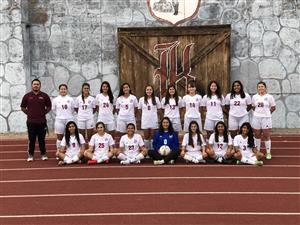